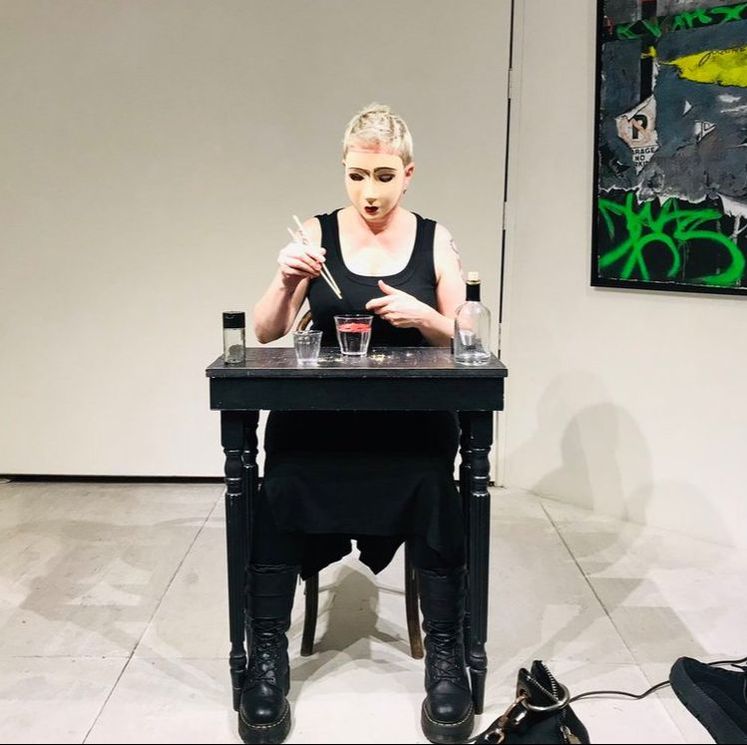 Performed with The Artist Bette Mann for Desperate Artwives' INTERGENFEM at FiLiA, London, October 2018
Selfies were added to our Instagram accounts during the one-hour performance.

Vision: After Rana (Own It)

Selfies from the performance at the Unruly Bodies conference, Brussels 29 October 2015
Shared on Twitter #judithbutlers3hrshred

Documentary footage of my performance "Judith Butler's 50 Minute Shred", at The Crossing, Central Saint Martins on 7 March 2014.
The full 50 minute performance explores notions of embodiment and performativity in the context of constructed femininity and physical strength.
(There is no soundtrack to this video, just ambient sound.)

Greedy Girl (Day One) from Crow Dillon-Parkin on Vimeo.

'Greedy Girl' is a record of a week of following a diet from a women's magazine, and a week following a diet from a sports nutritionist. The magazine diet was promoted as 'the greedy girl's diet' because it allowed snacking, but for most of the week, the greedy girl went hungry.
I wanted to show how women commonly eat, and how different this is from eating to fuel the body for activity.
(Note: There is no audio with this video.)